As you may have read, we have launched a Kickstarter campaign to fund Recalbox's first hardware project: Recalbox RGB Dual

Recalbox aims to make retrogaming simple and accessible, and allows everyone to rediscover and transmit their passion for video games.

The Recalbox RGB Dual takes these values of simplicity and accessibility even further: it allows you to play your games on a CRT TV, without any configuration.

Today I'd like to tell you the story of the project.

The Recalbox RGB Dual project was born with one intention: to make the "pixel perfect" experience simple and accessible, i.e. to have the game render exactly as it looked at the time. 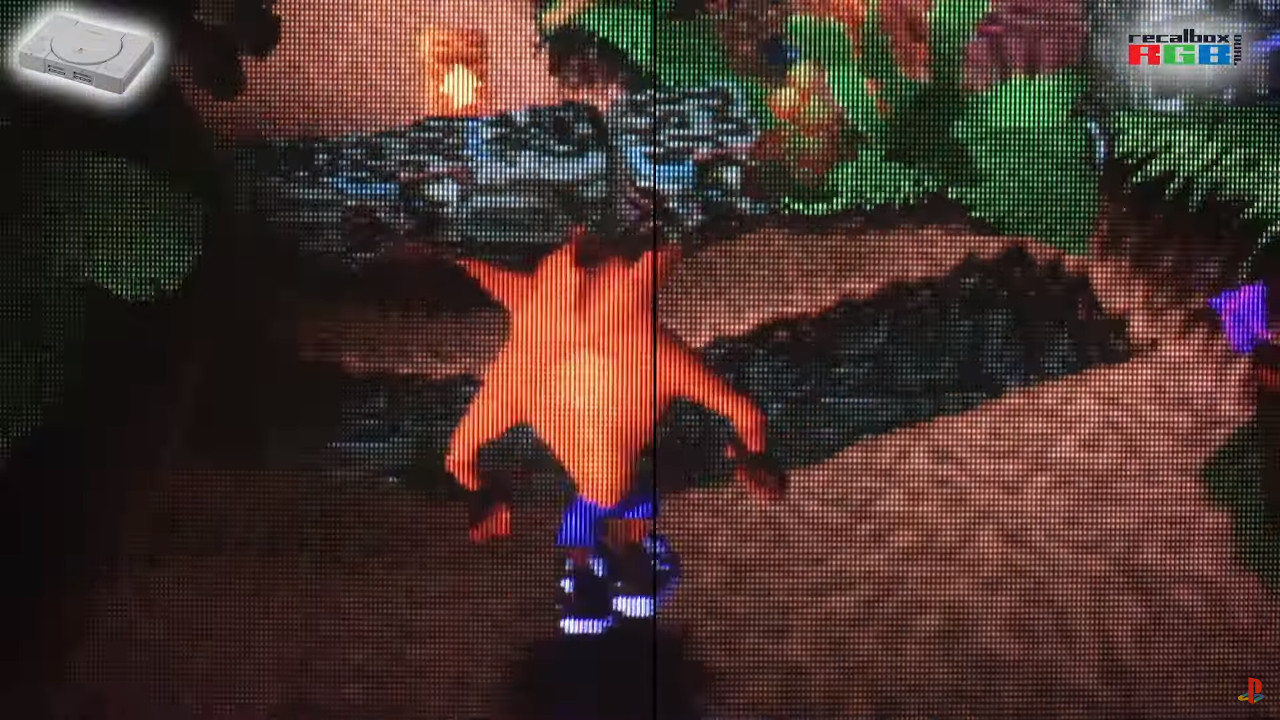 Once the first image was displayed on my CRT TV, the big CRT work could start! Several elements needed a lot of work:

Quickly helped by @toniosj who took in charge the configuration of the display modes and the emulators options, the list of supported games and consoles in pixel perfect was quickly extended...

Phase 2: The birth of the Recalbox RGB Dual

Recalbox was becoming an increasingly successful solution for playing on CRT. However the existing solutions, despite all their qualities, did not allow me to meet our criteria of simplicity, integration and quality.

So I picked up the phone and called @Bkg2k to suggest we embark on this crazy adventure: **create our own H.A.T. to offer a unique user experience on Recalbox + CRT!

A H.A.T. that would offer support for ALL 15kHz and 31kHz games, that would be plug and play, and that would display an incomparable image and sound quality.

A few hours after this call, the first prototype, hand-soldered, was born!

This was followed by a long series of evolutions and tests that led us to create 4 different versions of prototypes. With, each time, an improvement and corrections:

Each development phase was reviewed, validated and above all corrected by our "Chief of Electronic Technical Officer" @Emandhal. Each of his tracks, each of his copper plans was for us like a work of art that had nothing to envy to the inventions of his predecessor: Da Vinci. 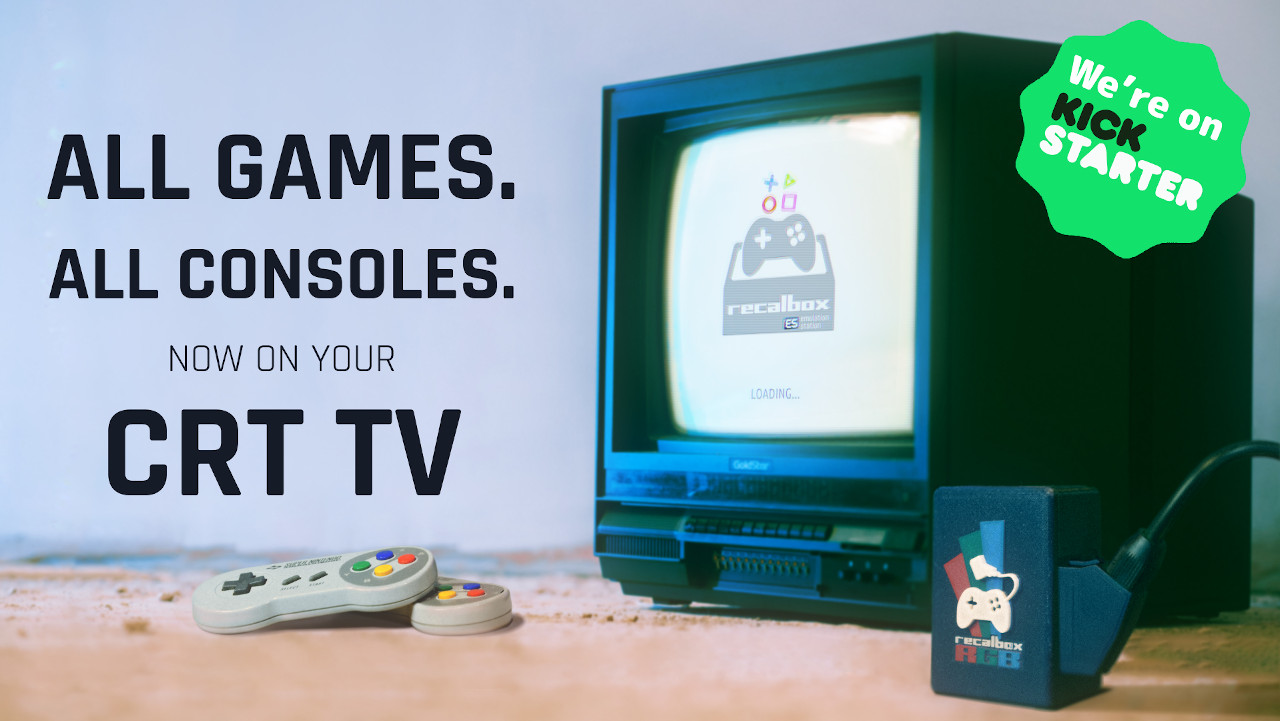 The prototypes were ready, the quality was there, the Recalbox system was already on its way to be 100% CRT compatible. It was time to present our project to retro gamers all over the world! Great novelty for the team, to use a crowdfunding platform to propose to everyone to support the project.

The writing of the campaign page was quite fluid: believing at 1000% in the project whose story we want to tell helps :D The challenge was rather to explain the features of the project without putting you to sleep with too technical considerations...

With the help of @atomik_recalbox we imagined and produced the videos and visuals that accompanied the campaign at launch. Thanks also to @Pit64 for the captures, to @CommanderOcto for your support and for the posters and cards of the Recalbox 8.0 Event. 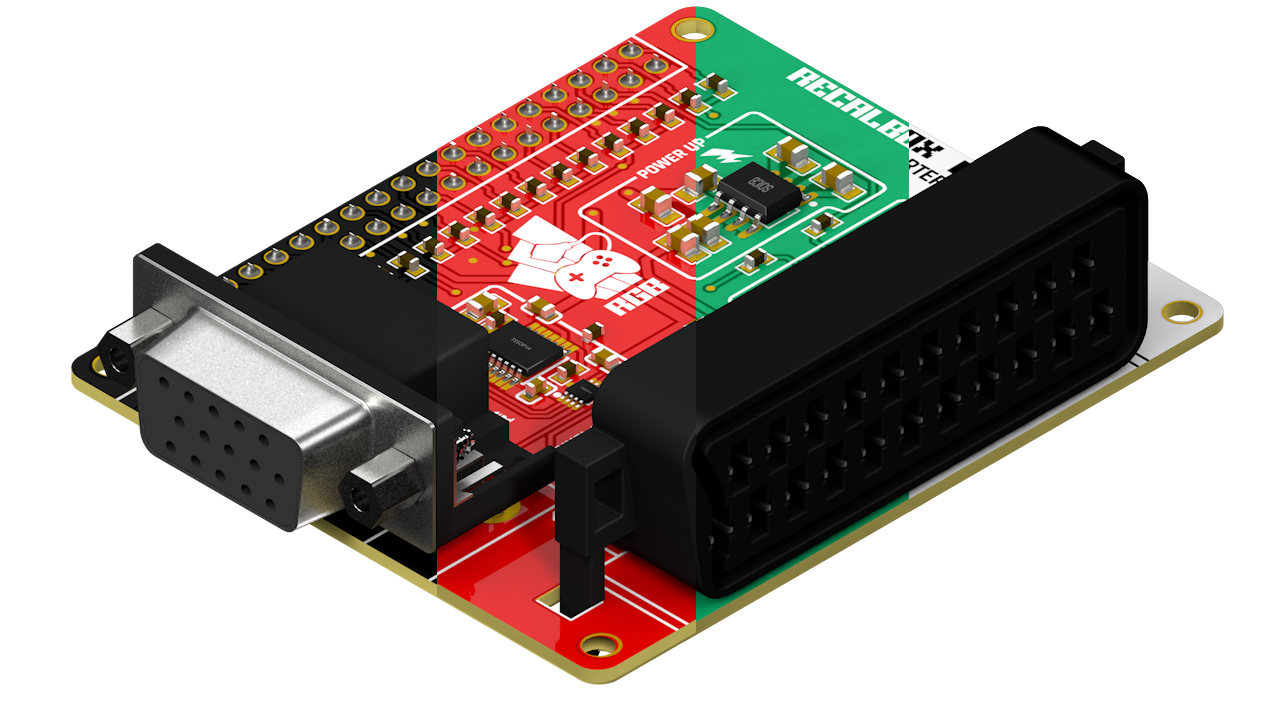 Before starting the campaign, we sent prototypes to a number of players in the retrogamer community so they could get an idea of the quality and experience that Recalbox RGB Dual offered. The goal was to present the project from our prism, but also to let the French retrogaming community tell you what they thought about it. And what a pleasure to see the first videos released the night the project was announced!

Thanks again to @Elardramora, @Cyril2.0, @oldschoolwasbeautiful, @HFSPlay and @retrojeux for their presentation and test videos of the Recalbox RGB Dual day one !

It was necessary to have one, and it happened on this day.... Kickstarter is a guarantee of quality and relevance for projects that require participatory funding. To protect contributors and support creators, they proceed to a meticulous verification of each project. This verification took a little more time than expected and led us to postpone the launch of the campaign a few days after the announcement of the project...

Anyway, on Friday evening we announced the project during the live event that accompanied the release of Recalbox 8.0-Electron. And what a welcome from you! More than 400 registrations on the mailing list to participate in the financing at the opening of the campaign in only one evening. Huge.

Surrounded by the cream of retrogaming, we also had the opportunity to hand over the controller to @Jarm0u and @FFVIMan, two regulars of Super Mario World SNES and Super Mario Kart SNES. Guess what?! Very little or no difference with the original hardware according to their feedback 🚀

@Jarm0u, @akkeoss and me testing the input lag (picture by @Soriya)

The Kickstarter campaign was able to get off to a great start on Wednesday, December 8th because you supported us with 20,000 euros on that first night. What a pleasure to see that all this work is bearing fruit: the "niche" project was perhaps not so much :D

As the number of contributors increased, some very relevant ideas were brought up by the community. Ideas that talked about buttons to turn on the Rasbperry Pi when it is turned off. Ideas about being able to connect your fan to the H.A.T., etc...

And as you know we listen to your ideas! So we decided to add 3 features on the board if funding levels were reached: frequency selection switches, a wake-up button and pins to power your fans!

In addition to the hardware part, we continued to work hard on the system : @davidb2111 @Bkg2k @Pit64 @Akkeoss @gugue_u @PierreC - RétroSalon and all the beta testers worked like crazy on Recalbox 8.0.1, even during the kickstarter campaign !

Since the last version presented, Recalbox now supports the choice of frequency at game launch (50Hz, 60Hz, AUTO). This allows you to play PAL games in 60Hz and in full screen ! A little Zelda A Link To The Past in French AND in 60Hz AND in full screen, how about that?

And a lot of new features are coming very soon, stay tuned!

To finish, here we are already almost two weeks after the end of the campaign! 1492 contributors and 88 000€, it's a huge success for the Recalbox project and for the team!

And nothing would have been possible without you who read us, who supported us, on this campaign or on the Recalbox project, since always.